A link budget is the sum of all the planned and expected gains and losses:
Link budget calculations include:
Point-to-point wireless bridge link and shows that loss occurs as the signal moves through various RF components as well as the signal loss caused by FSPL. 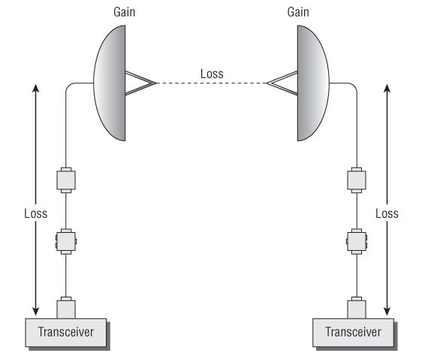 Link Budget
The two antennas are 10 kilometers apart, and the original transmission is + 10 dBm. Notice the amount of insertion loss caused by each RF component, such as the cabling and the lightning arrestors. The antennas passively amplify the signal, and the signal attenuates as it travels through free space. The final received signal at the receiver end of the bridge link is –65.5 dBm. 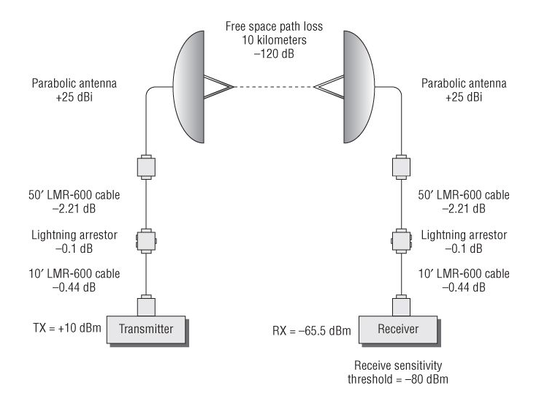 The link budget calculations determined that the final received signal is –65.5 dBm, which is well above the receive sensitivity threshold of –80 dBm.

There is almost a 15 dB buffer between the final received signal and the receive sensitivity threshold.
The 15 dB buffer that was determined during link budget calculations is known as the fade margin.
Fade Margin